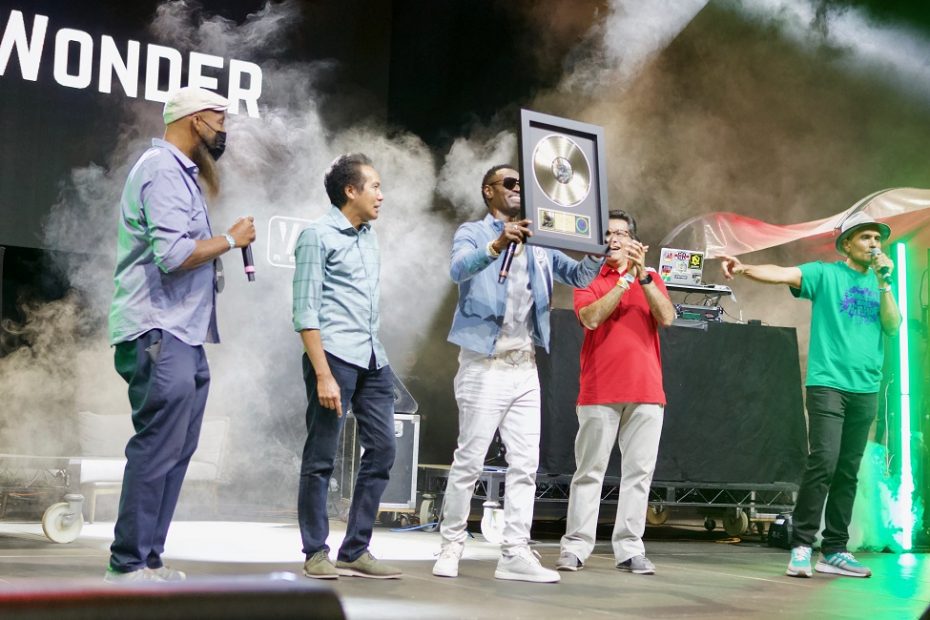 A capacity crowd at Central Park SummerStage rocked to the sounds of 90s dancehall and hip hop Saturday night with a line up featuring as Slick Rick, Wayne Wonder, Shinehead, Red Fox, and Lady G that blended old-school riddims and beats for a potent mix of dancefloor classics.

The unique blend of artists was the brainchild of VP Records whose affiliation to the New York reggae scene dates to the late 1970s. The label collaborated with New York Hip Hop luminary VJ Ralph McDaniels on the line-up and brought in New York radio legend Dahved Levy to emcee the show.  “Reggae and dancehall have influenced the sounds hip hop from its beginning, and we are in a unique position to highlight the connection,” said Christopher Chin, CEO of VP Records “SummerStage is the perfect venue to bring these artists together to demonstrate the impact Jamaican reggae has had internationally.”

The event also saw the label present Wayne Wonder with an RIAA Certified Gold sales plaque (500,000 sales in the US) for his 2003 smash single “No Letting Go.” Upon receiving the award Wonder said, “I am humbled by this great recognition.” DJs Jazzy Joyce and Peter Panic kept things moving between acts at the 3,000-person capacity open-air venue.