“The Enforcer” in theaters and streaming 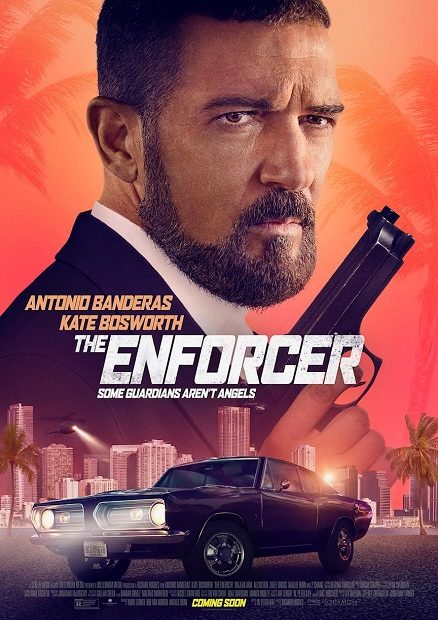 When Cuda (Antonio Banderas), the top assassin for Miami’s most notorious crime lord, Estelle (Kate Bosworth), is released from prison, he returns to work and tries to make amends with the daughter he left behind.

At first, he is paired with a young streetfighter, Stray (Mojean Aria), who has aspirations of a better life, and is beginning a romance with Lexus (Alexis Ren), a stripper at one of Estelle’s clubs. As Cuda begins to share the regrets of his life with Stray, Cuda meets Billie, a 15-year-old runaway who needs a parental figure and a helping hand.

When Billie is kidnapped and forced into sex work by Freddie (2 Chainz), an up-and-coming underworld figure on the make, Cuda will be inspired to take action he never dreamed was possible for him – actions that will force everyone around Cuda to decide what kind of lives they want to live.

“The Enforcer is a high-octane action movie, edges of drama, and a thriller as well, but the main thing is it’s got a lot of heart,” says director Richard Hughes, who takes the helm of the new film. “Anything I work on personally has got to have a heartbeat, some kind of emotional core that you can connect with. And Antonio Banderas brought a lot to the moral compass of Cuda.”