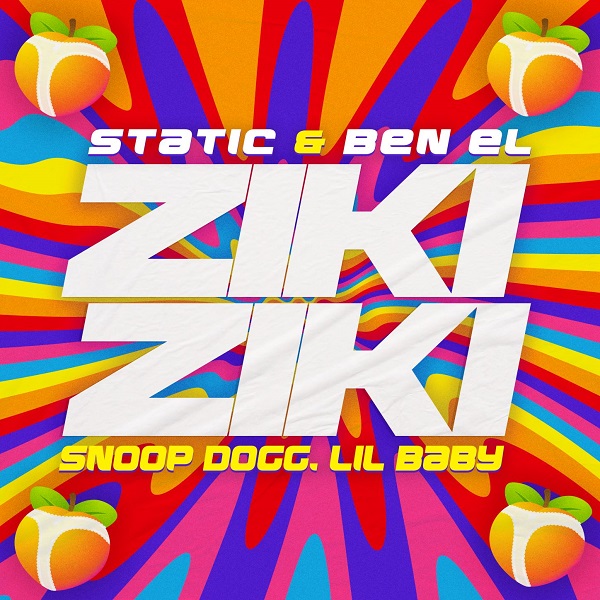 As we continue to put 2021 behind us, the party vibes are stronger than ever. STATIC & BEN EL are ready with their explosive summer anthem, “Ziki Ziki,” featuring iconic legend SNOOP DOGG and mega-hot rapper LIL BABY.

The brand-new STATIC & BEN EL single under Saban Music Group is a track built to blow up the dance floor with a blend of pop, hip hop, and electronic sounds.

STATIC & BEN EL connect with two generations of superstar rappers, the constantly evolving SNOOP DOGG with his cutting-edge music style, and the new force in rap, LIL BABY, who became one of the most prominent figures in the hip hop and trap scene in 2017. Together on “Ziki Ziki,” they bring a sound larger than life that will invade clubs around the world.

The international powerhouse duo STATIC & BEN EL have proven once again that they are on the right path towards stardom. Over the last two years, they have built a significant global following with a unique sound that transcends cultures. The top collaborations include J Balvin, Pitbull, Flip Dinero, Black Eyed Peas, and now Snoop Dogg and Lil Baby.

They have over 100 million streams, 794+ million YouTube views, 1M listeners on Spotify, and more than 1M followers on Instagram. They currently hold a world record for the most-watched Israeli music video in history. In 2021 they completed a recording and promo tour in the USA, performing on The Kelly Clarkson Show and The Late Late Show with James Corden. Their songs have been featured on NBC’s World of Dance and programs like Good Morning America, Live with Kelly & Ryan, and The View.

With “Ziki Ziki,” STATIC & BEN EL will kick off summer 2022 with a certified club anthem.

ABOUT STATIC & BEN EL
Today, STATIC & BEN EL are Israel’s top and most-streamed duo and the first artists signed to Haim Saban’s new music venture, Saban Music Group (SMG). At the top of 2020, they released “Further Up” with Pitbull. The track was a success as it received unprecedented media coverage, 80 million streams across all platforms, and over 40 million views on YouTube. The Spanish version, “Subelo,” went #1 on Billboard’s Latin Radio Airplay Chart. In July 2020, they released “Milli” featuring Flipp Dinero, followed by “Shake Ya Boom Boom,” featuring Black Eyed Peas, which was released October 30. “Shake Ya Boom Boom (Spanglish)” was released on May 21, with Black Eyed Peas, Chesca, and Blessd. 2021 included a triumphant visit to Los Angeles and a sold-out one-night-only show at the El Rey Theatre. Soon after, they released “BELLA,” which was followed by a collaboration with the fast-rising rapper 24KGOLDN in early 2022. Catchy lyrics, melodic hooks, and this Israeli duo’s signature style perfectly aligned with the fresh and explosive flow of 24kGOLDN. Their music has amassed 100+ million streams and 794+ million YouTube views. With more music in the pipeline featuring collaborations from some of the world’s top artists, there is no stopping for this duo.