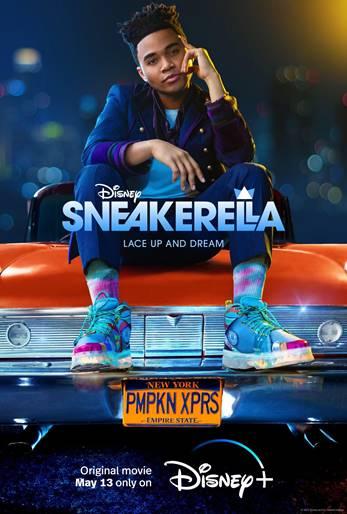 Disney+ has released a new trailer for the upcoming original movie “Sneakerella,” premiering May 13 on the streaming service. From the studio behind the mega-hit “Descendants,” “High School Musical,” and “ZOMBIES” franchises, this pop/hip-hop musical is set in the vibrant street-sneaker subculture of New York City and puts a contemporary twist on the “Cinderella” fairy tale.

El, an aspiring sneaker designer from Queens, works as a stock boy in a shoe store and hides his artistic talent. Sparks fly after a chance encounter with Kira King, the daughter of sneaker royalty and a Manhattan Princess Charming of sorts. With a nudge from his best friend and a touch of magic, El finds the courage to lace up and dream big.