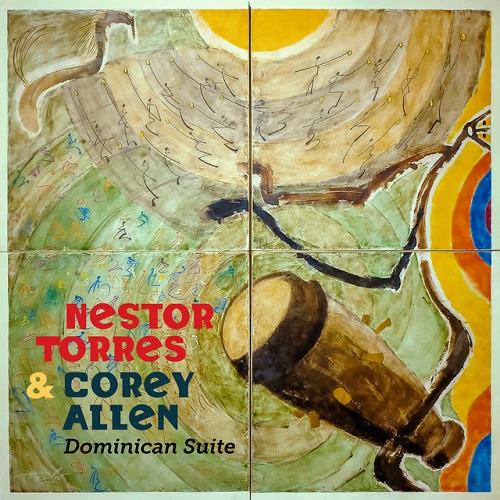 Can you believe the year is almost over and it turned out to be another amazing year for music with many firsts, classics, re-issues, new music and old plus lots of vinyl. I came across an article I wrote back in 2000 where I high lighted the ‘New Voices’ going into the new decade that included Mayito Rivera, Aymee Nuviola, Carlos Cascante, Renzo Padilla, Luisito Rosario, Kenny Cruz, Pedro Jesus, Willie Torres, Elisa Ozuna, Ommy Cardona, Carlos Rosario, Ray Viera, Edgar Dolor Quijada, Marcial Isturiz,  Pepitin, Hector ;Papote’ Jimenez, Tirso Duarte, El Nene, and Michel Maza that was an insight to the next generation.

Looking at those articles I wrote from 2000 I also noticed the growth Latin Jazz has had in 22 years. Women in leading roles has also been a huge factor in the evolution of our music.

Latin Grammy award winning Flautist Nestor Torres I first remember as a member of Libre, in New York, who converted to Smooth Jazz after releasing two solo LPs and his flute playing was perfect for Smooth Jazz in a similar manner to what Dave Valentin did at GRP Records. Today he has joined forces with Producer/Arranger Corey Allen (Chuck Mangione, Lou Rawls and The Manhattan Transfer) to record “Dominican Style” giving tribute to the various Dominican rhythms and culture the island offers. Most of the songs here feature a guest vocalist such as the Bachata “Cada Dia” with Pavel Nuñez, “Las Mariposas” with Maridalia Hernandez, as well as guest musicians Federico Mendez playing Guitar on “Llevame A La Luna” and Saxophonist Doug Webb on “Hija Del Caribe”. The standout hit is by far “Once Opon A Time In Santo Domingo”.

Colombian composer/Pianist/Arranger/Producer Leonardo Garcia y Son Horizonte is one of today’s most versatile musicians that easily crosses from Salsa to Latin Jazz. His latest, “On The Cloud’ is a Latin Jazz gem that follows one of best Salsa CD’s, “La Fabrica”, in 2021. “On The Cloud” is a showcase for excellent improvisations from Trumpeters Ron Francis Blake & Yturvides Vilchez, Saxophonists Manuel Pelayo & David Bueno, Trombonists Francisco Torres, Jose Leon & Leifar Custodio, Timbalero Yorman Mendez, Conguero Dovelin Primera and Leonardo Garcia himself on Piano. I Loved the arrangements especially those by Willie Melo (Sapnkin” and “Medley: What A Difference /Mona Lisa”).

Trombonist Conrad Herwig is without a doubt one of today’s hottest performers that places him in the history of the music and one of the best ever right there with Barry Rogers and Generoso Jimenez. His series giving tribute to such Jazz giants: John Coltrane, Miles Davis, Joe Henderson, Wayne Shorter, Herbie Hancock and Horace Silver have been superb. Now he surprises us with his latest “Tribute to The Latin Side of Mingus” with stellar performances by Bill O’Connell, Robbie Ameen, Randy Brecker, Alex Stipiagin, Carlos Molina, Luques Curtis and special guest Ruben Blades doing a talking role.

Speaking of bassist Luques Curtis he has gotten together with his brother pianist Zaccai Curtis (playing the role of Eddie Palmieri on the CD) and two other Eddie Palmieri band members Trumpeter Jonathan Powell & Saxophonist Louis Fouche to form Sonido Solar. This unit of four leaders has had a long relationship performing together and the CD, “Eddie Palmieri Presents Sonido Solar”, showcases many of the songs that have played over the years including with the 10-time Grammy winner Eddie Palmieri. These talented musicians bring new refreshing arrangements to the classic standards “Mambo Inn”, “Mambo Influenciado”, “Picadillo”, “Ran Kan Kan”, “Maria Cervantes”, “Morning”, “Almendra” and the lead hit Pedro Flores’ composition “Obsesion”. Saxophonist Jeremy Powell (Jonathan’s brother), percussionists Carlos Molina, Reinaldo De Jesus & Marcos Torres and Trombonist Joe Fiedler round out the band in what can easily be Grammy contender. Eddie Palmieri performs on two tracks “Picadillo” and the only original he co-wrote and arranged with Luques Curtis “Suite 176” where Eddie’s 88 keys on the piano are joined by Zaccai’s 88 keys to make 176 total keys. Remember this CD as the debut of young masters leading the way into this next decade.

Veteran vocalist Ray Viera who for some years was the vocalist for Johnny Pacheco joins forces with Pianist/Arranger Edwin Sanchez to produce the EP “Pachecolandia” in tribute to Pacheco. Just listen to the future hits “Ven Y Ven”, “Llora (Como Yo Llore)”, “El Guiro De Macorina” and the lead hit “Pachecolandia”. There is more to come from Ray in 2023.

Envidia Record label has been pumping out one CD after another in the same way they did in the late 90’s and 2000 and the latest is “Sociedad Cubana Orquesta” which is an EP (short form LP) of Son Montuno’s: “El Aspirina”, Cascarita De Piña”, “Los Hombres Se Visten Por Los Pies”, “Colero Revendedor” and “Se Lo Llevo La Policia”. The superb vocals were masterfully handled by Wilmer Muñoz with a line-up of some of today’s finest Cuba has to offer with some seasoned veterans.

One of the biggest surprises of this season is a Dutch musician Steven Brezet who I first heard a few years ago doing World Latin Jazz but with his sophomore release is premiere Salsa titled “World Traveler”.  This ‘Salsa Dura’ gem has performances by some of Steven’s friends and mentors Luisito Quintero, Roberto Quintero, Little Johnny Rivero, Orlando Poleo, Gerardo Rosales and Pedrito Martinez.  Steven showcases his early childhood influences like the African Senegalese Djembe. Radio, dancers & club DJ’s will love “Lo Que Traigo Pa’ Ti Es Descarga”, “Callejero Del Tambor”, “Esta Es Mi Rumba”, “El Nuevo Sabor”, “and the lead single “La Holandesa”. The Netherlands has been producing great music for the past 5 decades and Steven, from Rotterdam, is the latest of a long list of great musicians.

Another new artist is Guitarist Telmo Fernandez & The Latin Soul Beat and his CD, “El Maldecido”, who has gotten off to a good artist with the already popular hit single “Cuchifrito Pa’ Los Pollos”. The new single is “Nereida, La Facultosa” and the soon to follow “Mis Hermanos Latinoamericanos”.

One of my Top 10 albums of the year is vocalist/composer Edwin Perez’ “Directo Al Punto” (Straight To The Point) and his amazing lyrical and prolific compositions such as “Discurso Presidencial”, “Billete De Cien”, “Econolosis” (1st hit that made its debut last year), “El Lamento De Kalief”, “Sonero De Que” (that was the second single), “To’ El Mundo Quiere Salchicha” and the track were Salsa Con Conciencia (SCC) joins Edwin, “No Puedo Respirar”. Edwin has always been socially connected when it comes to his lyrics and what is happening in the world making him one of the best today.

By the end of this month all the Christmas songs will start to pop up at radio stations and I heard Christmas music at stations in Puerto Rico last month.