The 7th PLATINO Awards will be held May 3rd, 2020 in Mexico’s Riviera Maya. 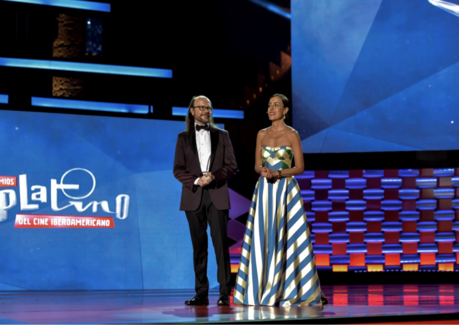 For the third year in a row, all eyes around the globe will be on the spectacular Riviera Maya, Mexico’s top beach destination, which will be hosting the PLATINO Awards Gala as the official venue of this major event. The 7th Annual Award Show will take place in the Gran Tlachco Theatre in Xcaret May 3rd, 2020 and will be broadcast by TNT (Warner Media) – the broadcaster of other major events in Latin America such as the Grammys, the Oscars, and the Golden Globes. Other free-to-view television channels from some of Ibero-America’s top communications groups will also broadcast the Platino Awards.
The global awards of the audio-visual industry for the 23 Ibero-American countries will return to Xcaret for the third time. Previous locations included countries such as: Panama (Panama City) in 2014, Spain (Marbella) in 2015, Uruguay (Punta del Este) in 2016, Spain (Madrid) in 2017, and Mexico (Riviera Maya) in 2018 and 2019. With this, the PLATINO seeks to give continuity to a destination that has proven to be an unparalleled meeting point for demonstrating the excellence of our cinema and showcase Ibero-America’s industry and talent.
Presented last year by Mexican actress Cecilia Suárez and Spanish actor Santiago Segura, the Gala has for the past seven years brought together the most important representatives of the audio-visual industry in Ibero-America. The participation of directors, producers, and actors of international standing as well as the most outstanding talents of each country in Latin America, Spain and Portugal makes the PLATINO Awards the most important event in Ibero-American cinema and culture.
The media impact value of the 6th edition was estimated at over 110 million US dollars (Kantar Media and Barlovento Comunicación), generating an EAV (Equivalent Advertising Value) of 71 million dollars for the Riviera Maya. More than 300 journalists accredited for the ceremony generated over 113,000 news items during the 2019 edition promoting Ibero-American audio-visual culture worldwide.
The PLATINO Awards for Ibero-American Cinema are produced by EGEDA (Audio-visual Producers’ Rights Management Entity) and FIPCA (the Ibero-American Federation of Film and Audio-visual Producers) with the support of Ibero-American film Academies and Institutes, Latin Artis and the AISGE Foundation. These organizations have been working since the first awards held in 2014 to achieve the promotion and dissemination of Ibero-American successful cinema and to ensure that it has the distribution it deserves.
The Premios PLATINO are supported by alliances with leading private companies on the Riviera Maya such as Hard Rock Riviera Maya, Barceló, Vidanta, Grupo Xcaret and Best Day. The Gran Tlachco is located in Xcaret, an eco-archaeological park that fuses nature with Mexican culture to produce a journey through the history of Mexico in the midst of the flora and fauna that characterize the Riviera Maya. It is a must-see for all those who visit the resort. In 2019, Xcaret was awarded the title of “Best Theme Park in the World” by the Liseberg Applause Awards, the “Platinos” of the world’s theme parks.