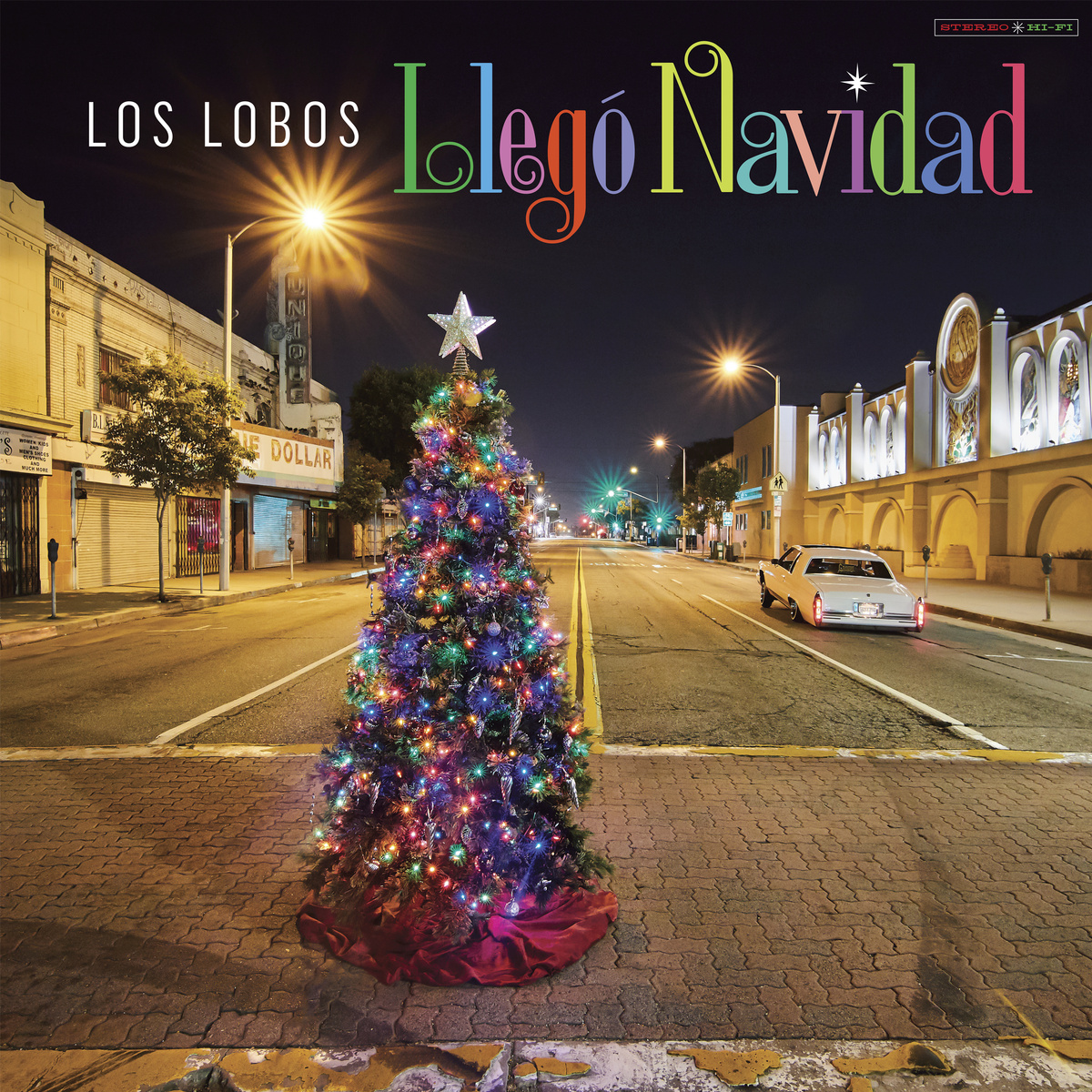 Rising up out of East L.A. comes the first ever holiday album from Los Lobos. The Grammy®-winning group researched nearly 150 Christmas-related songs from across North, Central and South America for the collections, eventually narrowing the list down to the songs they wanted to reinvent in their own inimitable style. They even wrote their own holiday original “Christmas And You,” especially for the album.

David Hidalgo, Louie Pérez, Cesar Rosas, Conrad Lozano, and Steve Berlin open the album with “La Rama” (the branch). This lively song is in the regional folk style known as son jarocho, which is popular in the Veracruz region of Mexico. La Rama is also the name of the traditional Mexican holiday custom where the community adorns branches from a tree and displays it in a nightly procession through the neighborhood.

Another album highlight “La Murga de Panamá” was originally recorded in 1971 by the legendary salsa duo of Willie Colón and Héctor Lavoe. And though “La Murga” is actually the name for a group that assembles to dance, sing, and play music during another South American holiday – Carnival – the spirit of the song is no less infectious at Christmastime.

The album’s new original “Christmas And You,” was written by Hidalgo and Pérez. Hidalgo’s vocals are sweet and soulful. Berlin layers in piano along with some Omnichord, Rosas provides electric guitar, and Lozano adds upright bass to create what is sure to become a modern classic.