EMILIA Premieres Her New Single “NO SOY YO” Featuring DARELL 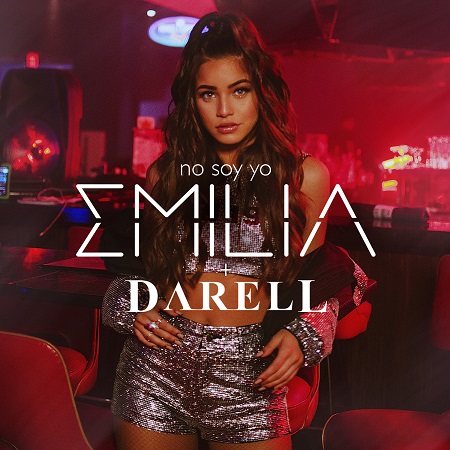 Promising pop urban artist, EMILIA, collaborates with one of strongest exponents of Latin urban music, Darell, for her new single and music video titled, “NO SOY YO“. The single is currently available on all digital platforms and YouTube.
The anticipation for this song began few weeks ago when the artist eagerly announced via her social media networks that she would be releasing a record alongside Darell, all while inviting her fans to pre-save the song. Since then, Emilia has been sharing snippets of the upcoming single, generating more excitement between her fans.
“No Soy Yo” promises to be an ultimate hit as the music video counts with the participation of many artists such as Oriana Sabatini, Christian Acosta, Johann Vera and Cultura. Fans can even see Joel Pimentel in this fun collaboration, one of the members of the international boy band CNCO. Additionally, viewers can expect a plot twist at the end of the video that will definitely leave them pressing replay.
The single was composed by Emilia, Frank Santofimio, Rafael Aponte (Reggi El Auténtico), Mario Cáceres, Jesús Herrera (DalePlay), Darell and produced by Jon Leone
With her talented singing abilities, the artist has accomplished to stand out and win over the hearts of thousands, especially by uploading song covers of different acoustic singles and also by being the brand ambassador of Benetton perfumes. With a perfected blend of sexy, soul, power, and swagger injected into every song, there is no limit to what Emilia can do for the new generation of young women aspiring to be more.
Sigue a EMILIA en / Follow EMILIA on:
www.instagram.com/emiliamernes/
www.facebook.com/Emilia-Oficial
www.twitter.com/emimernes_
www.youtube.com/channel/emilia