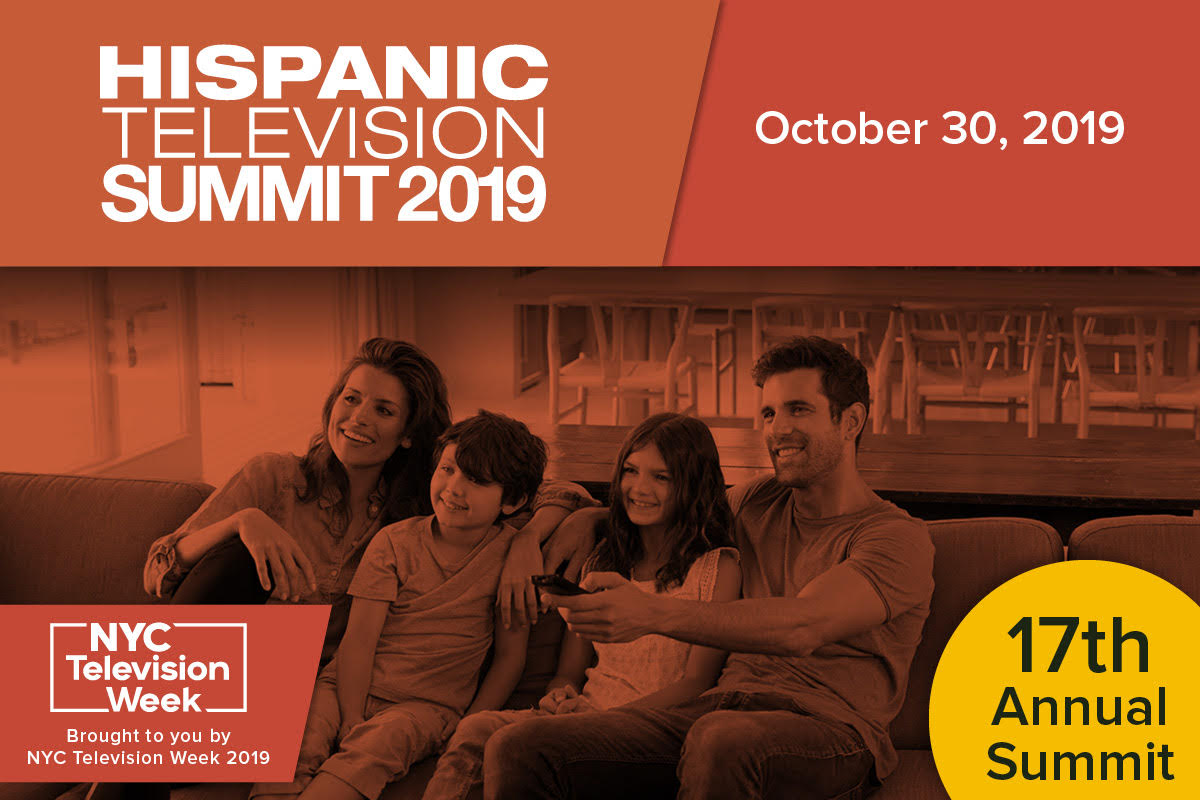 Group M’s Gonzalo Del Fa opens the Hispanic TV Summit with remarks about the state of the Hispanic TV and video business, Wednesday, October 30th at The Westin New York at Times Square. This Summit is produced by Schramm Marketing Group. He’ll share changing options for media placement as the Hispanic market approaches the intersection of broadcast, cable, satellite and OTT.  His comments are followed by a keynote interview about the Latinx vote with Juan William, Fox News Political Analyst, co-host, “The Five.”

The annual awards luncheon will honor Burke Berendes and Jorge Fiterre with the Veinte Award upon the 20th anniversary of their partnership in the content rep firm Condista. Additionally, Telemundo’s Peter E. Blacker, and AARP, will be recognized for Leadership in Hispanic TV and Video.  Yvette Peña, AARP’s VP, Multicultural Leadership will accept the award on behalf of the organization.   The Summit’s legacy award for Outstanding Achievement in Hispanic Television will be presented to Univision’s República Deportiva. Accepting the award will be Félix Fernández, the show’s current co-host; Federico Lariño, SVP Sports Entertainment and Gonzalo Morozzi, the show’s executive producer.

The closing session will focus on changing options for content distribution and will feature executives including Shane Cannon, CEO of OTT provider, Vidgo, as well as Luis Torres Bohl, President of Castalia, Burke Berendes of Condista, Patrick Rivet, CEO of THEMA Americas, and Romina Rosado of NBCUniversal Telemundo Enterprises.

Summit producer, Joe Schramm said, “The industry now has more options for serving Hispanic viewers who want more choices of video content, an option of language, and options for when and where to access video. That’s why this summit is a study of those options that are now at the intersection of Broadcast, Cable, and Digital OTT platforms.”

Schramm continued, “The Summit is more than just business. It’s also a fun networking experience.”  Throughout the day, popular on-air talent will serve as hosts including Jessica Formoso, Reporter for FOX 5 NY; Christian Acosta, Co-host of LatinX Now! and Gio Benitez, Correspondent for ABC News. Prizes are awarded, and mariachis entertain while networking is practically non-stop. The fun continues with a closing reception celebrating Condista’s 20th Anniversary.  Schramm concluded by saying, “Those who want to register online can save $350 off registration and pay just $449 by using the code SCHRAMM when they are on the check-out page at https://www.nyctvweek.com/2019Registration/begin?reg_type_id=61806

About the Hispanic TV Summit. The Summit is the longest running conference for those in the business of TV and video for Hispanic audiences in the U.S. and worldwide. It is presented by television industry publications, Broadcasting & Cable and Multichannel News on Wednesday, October 30th at the Westin Hotel in New York’s Times Square.  The summit is just one track within Future’s comprehensive NYC Television Week.  The summit has been produced for the past 17 years by Schramm Marketing Group.